A Talk with Michael Hershman

You were one of the first supporters of IACA and you contributed greatly to the establishment of the academy. how do you look back at these first seven years of IACA?

This process started five years before IACA was founded with the simple idea or notion that there was a lack of high level education in the area of anti-corruption. I looked at a number of major universities around the world to find out what courses were being offered in the areas of anti-corruption, ethics, transparency, and accountability. What I found was a great lack of attention to these subjects. Therefore, I wrote a proposal to create an Academy and originally presented it to Transparency International (TI). At that time, TI did not have the capacity to start a new initiative, although they were very interested. Then I brought it to the International Group of Experts on Corruption at Interpol, which I am a member of, and I discussed it with our group and again the proposal really made a lot of sense.

The breakthrough came with the government of Austria and Martin Kreutner’s intervention, because not only did Martin fully support the notion of creating an anti-corruption academy, but he took it to the Ministry of the Interior in Austria and got their support. Without this support the Academy would probably never have happened. So it was a five-year odyssey before we were able to really get the Academy up and running.

For me it was a dream come true. I feel so privileged to have been involved from the very beginning and I feel a special pride in what the Academy has become in such a short period of time. I think it made history in becoming an international organization in less than two years. I do not know of any other organization that was able to accomplish that mission in such a short period of time. I also think that it set a new record for bringing an accredited master’s degree programme to the forefront, so the speed at which this has happened is nothing short of miraculous and the fact that the Academy has gained this international recognition and the support of so many countries and non-governmental and governmental organizations really shows that it has become very important in our continued fight to promote transparency and accountability through the business, governmental, and NGO sectors.

During your extensive career in anti-corruption you worked in a variety of sectors: governments, corporates, international organizations, and non-governmental organizations. What is the experience that affected you the most and why?

I worked on a number of domestic corruption issues in the United States, some of them quite significant. I was a Senior Staff Investigator with the Senate Watergate Committee, where I was exposed to a level of corruption which I had never really imagined before. That was a very important point in my life, but the experience that really set the course for my work was when I was the Deputy Inspector General at the Agency for International Development.

Until then, almost all my anti-corruption work had been domestic, in the United States, in the area of police corruption, political corruption, and corporate corruption. When I took on the role of Deputy Inspector General for the US Foreign Assistance Program, I traveled around the world to some of the most desperate countries, and what I learned stayed with me all these years.

I saw hundreds of millions of dollars flowing into countries to help them improve the living standards for desperate people, to build hospital facilities and schools. At the same time, I saw a good amount of this money being diverted into the pockets of autocrats and when I saw people suffering because of the lack of resources while these corrupt leaders were living in expensive homes and had expensive cars and jewelry, it disgusted me. I knew at that time that I wanted to dedicate my life to try to improve the world for those who cannot speak up for themselves.

Recently you have embarked on a new position as CEO of the international centre for sport security, a not-for-profit organization active in safeguarding sport and its core values. What made you move back from the corporate world to the third sector?

All my life I have enjoyed sports. I played sports, I watch them on TV, I go to sporting events and games, my children all play sports. But frankly, I had never looked at sports as a sector, as a business, as an industry. I looked at it as entertainment. And it wasn’t until I was appointed, in 2012, to the Independent Governance Committee of FIFA (Fédération Internationale de Football Association) that my eyes were opened to sports as a major industry – in fact a trillion dollar industry – with a lack of transparency and accountability, poor governance, and with non-existent compliance. So FIFA opened my eyes to a need.

The Independent Governance Committee had only been in existence for two years and at that point we could not really make the changes that we wanted to FIFA. But that experience was enough to convince me that I wanted to concentrate on trying to bring back a bit of the purity of sports, trying to bring back the memories I had of sports being a contest based on fairness and on skills, not so much on commercial activity.

It is so important to me because we have children who are positively influenced by sports around the world and they see one scandal after another, whether it is doping, match-fixing, administrative corruption, sexual harassment, or abuse, and I am worried that it is going to impact the values of children in a negative way. So I am trying to restore some of the ethical values and purity in sports, really for the good of the youth in the world.

What are the main activities of the international centre for sport security?

One of the things that I took away from my FIFA experience was that unlike traditional business sectors, whether telecommunications, construction, or defense, there were no global standards or best practices for governance and compliance in sports. So I decided to help start a collective action initiative which we call Sports Integrity Global Alliance (SIGA), and this organization now has about 100 members, which include large companies that sponsor sporting events like MasterCard, and sports organizations like the Commonwealth Games, Dow Jones, the World Bank, and also the media.

We brought together a wide variety of stakeholders in sports, and we have developed a set of global principles for collective action. We are asking sports organizations, sponsors, and other stakeholders to sign on to this agreement. I took this idea from my work at Transparency International, building coalitions and using an integrity pact procedure to bring various stakeholders together to agree on a set of standards. Along with the establishment of these principles, which are available online, at SIGA we are also developing a method of rating the implementation of these principles by our stakeholders. While this is a voluntary compliance effort, it will have some teeth in it because we want to assure ourselves that the members are following the governance and compliance principles we created.

Save the Dream is another project. We work with disadvantaged youth in high-risk environments, whether refugee camps or high crime areas, where we promote values and ethics through sports, build self-confidence, and give young people a little bit of information about developing careers in sports. Not everybody is going to be a professional athlete, but there are many careers within the sports industry that young people can gravitate to if they enjoy working in this area.

We have offices in New York, London, Geneva, Doha, and Brussels and we work all over the world. For example, I was recently working in refugee camps in Ethiopia, in the Gaza area, working with children and trying to take their minds off the conditions they find themselves in and also trying to give them an alternative to the radicalization they are sometimes exposed to in these camps.

There seem to be sport disciplines that are more inclined to corruption than others. Why so? does it have to do with the amount of money involved or is it that in some sports there is more discretion and less accountability than in others?

It is a combination of commercialization, the big dollars involved, and the lack of business practices. When you look at sports organizations like FIFA, in the beginning, volunteers tried to get together to develop common rules for the pitch.

There was no money involved – they did it for the love of the sport. As time went on, particularly in the past 15 years, the amount of money flowing in from sponsorships and broadcast rights, combined with the fact that the volunteers did not have a good background in the world of business and modern compliance and governance procedures, made it easier for them to begin lining their own pockets and really their focus became not so much on the sport, but on their own enhancement.

That is on the administrative corruption side, when you look at match-fixing, it gravitates towards sports where the most money is generated. So you have to look at the gambling industry, and as we know, football generates a huge amount of gambling. We estimate well over 500 million dollars a year, and that is just in legal gambling, it is hard to guess how much illegal gambling is on. When that much money is at stake, corruption will follow, and we see more match fixing in sports like football that generate more gaming or gambling interests. Now we see growth in match-fixing in other sports like tennis and cricket, but still we believe today that football is the greatest victim of match-fixing. 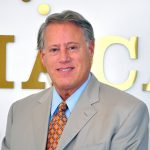 michael hershman is Group CEO of the International Centre for Sport Security (ICSS) – an independent and non-profit organization at the forefront of efforts to safeguard sport. He is Chairperson of IACA’s International Senior Advisory Board, and is an internationally recognized expert on matters relating to transparency, accountability, governance, litigation, and security. Mr. Hershman is Former President and CEO of the Fairfax Group and in 2006 was appointed Independent Compliance Advisor to the Board of Directors of Siemens AG, a company with over 400,000 employees. He served as Senior Staff Investigator for the Senate Watergate Committee and as Chief Investigator for a joint Presidential and Congressional Commission reviewing state and federal laws on wiretapping and electronic surveillance. He was a member of INTERPOL’s International Group of Experts on Corruption (IGEC), and sits on the Board of the International Anti-Corruption Conference Committee (IACC). In 1993, Mr. Hershman co-founded Transparency International with Peter Eigen. 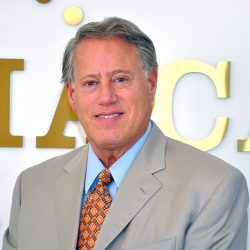 michael hershman is Group CEO of the International Centre for Sport Security (ICSS) - an independent and non-profit organization at the forefront of efforts to safeguard sport. He is Chairperson of IACA’s International Senior Advisory Board, and is an internationally recognized expert on matters relating to transparency, accountability, governance, litigation, and security. Mr. Hershman is Former President and CEO of the Fairfax Group and in 2006 was appointed Independent Compliance Advisor to the Board of Directors of Siemens AG, a company with over 400,000 employees. He served as Senior Staff Investigator for the Senate Watergate Committee and as Chief Investigator for a joint Presidential and Congressional Commission reviewing state and federal laws on wiretapping and electronic surveillance. He was a member of INTERPOL’s International Group of Experts on Corruption (IGEC), and sits on the Board of the International Anti-Corruption Conference Committee (IACC). In 1993, Mr. Hershman co-founded Transparency International with Peter Eigen.