Approaches to Anti-Corruption, Anti-Fraud, and Compliance

Peru and a new opportunity in sight

When speaking of corruption or fraud we necessarily refer to concepts at odds with what is lawful, what is right, or what is legal, and as a result, to the search for effective mechanisms to control and combat these phenomena. It is common, but not necessarily right, to associate corruption with the public sector and fraud with the private sector. However, it is believed that both phenomena are independent forms which in some cases may occur in a complementary manner, without involving any type of cause and effect.

Bribery is currently the most common threat in the private and public sectors and at national and international levels. It is the cause of scandals which have occurred in recent years and demonstrate the dynamics of both corruption and fraud. Moreover, there are other forms of corruption such as money laundering or terrorism financing that have necessitated the development of comprehensive policies at the international level with the aim of preventing and combating their incidence. It is not unusual to stigmatize the public system as the core of the various forms of corruption and fraud. However, as is clear from a number of cases that have come to light in recent years and had international impact where private agents and senior government officials were involved, these phenomena cannot be considered a legacy of the public sector.

During the last decades, an important set of rules has been developed aiming to strengthen international cooperation to combat corruption, fraud, and transnational crimes as well as money laundering and terrorist financing. While it is not possible to mark a clear starting point of the development of rules at the international level, reference should be made to Resolution 3514 by the United Nations General Assembly on “Measures against corrupt practices of transnational and other corporations, their intermediaries and others involved” (A/Res/3514 of 15 December 1975). This reaffirmed the right of any nation to adopt legislation, to investigate, and take appropriate legal action. Among the most important instruments enacted to combat corruption, fraud, and money laundering, we must also consider the following:

Under the pressure created by corporate scandals in recent years and beyond the aforementioned compendium of legal instruments, new schemes to counter corruption and fraud at government as well as enterprise level have been developed. These schemes go well beyond the aforementioned compendium of legal instruments and are applicable to management of public and private organizations. They comprise the promotion of transparency, ethics, integrity, corporate governance, internal controls, and prevention models in the compliance environment.

In Peru, for more than a decade a number of mechanisms and initiatives aimed at fundamentally combating corruption statewide standards have been developed and the need for collective action is part of the solution to address these scourges.
Within Peru’s domestic law, the Peruvian Penal Code includes chapters related to fraud in the administration of legal entities as well as a section devoted to crimes against public administration. The latter also includes offences related to corrupt practices, such as identified concussions, collusion, and embezzlement. Furthermore, one section is specifically dedicated to corruption of officials, in which the active transnational bribery is also comprised.

Economic growth in Peru and the signing of multiple free trade agreements with North America, Europe, and Asia has increased the need for Peruvian companies to become more competitive and comply with the good business practices and integrity standards required by the agreements.

In Peru compliance with the prevention of money laundering and terrorist financing was initially based on the standards set by the financial regulator. This concept was expanded and took effect through domestic policies applicable to transnational corporations with a presence in Peru, whose parent companies were required to comply with ethics and compliance standards. Among the most recently adopted standards, one should mention the new risk management regulation on money laundering and terrorist financing, which was approved in July 2015. More recently, on 21 April 2016, Law No. 30424 governing the administrative liability of legal persons for the offence of active transnational bribery was published. This will come into effect on 1 July 2017.

This law still maintains distance from the scheme of criminal liability of legal persons applied in many countries in the region and internationally. But it is a first and important step which in the future should be consolidated as an effective system to prevent corruption in the interaction between private companies and the state, with the extension to other offences related to corruption of officials. But it is important to highlight the momentum that the High Level Anti-Corruption Commission of Peru gave to this piece of legislation. This was despite resistance and scepticism from the business community, which was based on mistrust of the actions of some functionaries in the judiciary against whom there are allegations of corruption.

Law No. 30424 has become the first instrument in Peru’s legal system in which the attribution of liability for legal persons, regardless of the criminal liability of the natural person acting as an agent of the unlawful conduct, is considered. Although recognized as being oriented towards administrative responsibility, the rule provides that the procedure is performed in the context of criminal proceedings. The law considers the application of administrative sanctions including fines, disqualification, cancellation of licenses, concessions, and administrative authorizations, until the dissolution of the legal person. This law also considers an organization’s implementation of prevention models involving surveillance measures and good control to avoid the materialization of the crime. The effective implementation and operation of these models will be verified by the judge or prosecutor as appropriate as a mitigating or exculpatory factor of administrative responsibility.

Based on the experience gained in both the public and private sectors in prevention efforts and research, risk management, internal control, and compliance, this is a timely opportunity for Peruvian companies. They have a chance to develop prevention models that not only serve for regulatory compliance, but also to develop and internalize best business practices, corporate governance protocols, implementation of ethical guidelines, codes of conduct, and integrity, resulting in better positioning and competitiveness. Corruption and fraud are now globalized phenomena that jeopardize not only the public and private sector as agents but also national and transnational efforts of governments. A joint, responsible, and multidimensional action to reduce corruption and fraud is therefore needed. 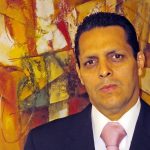 Jorge Vigil Carrera (Peru) is a lawyer and researcher with over 15 years of experience in the public and private sectors, with expertise in legal, risk management, investigations, fraud prevention, compliance, and internal control.
He has been a member of the Office of Internal Affairs in the Ministry of the Interior and later Director of the Special Action Unit, Inspector General and Advisor to the General Inspectorate of the Ministry of Interior. In the private sector he provides legal advice to companies in fields including electronics, telecommunications, and foreign trade.
He has obtained a certification in Risk Management and Compliance, majoring in ethics, transparency, anti-corruption, governance, and political management.
He participated in the IACA Regional Summer Academy – Latin America in Buenos Aires in November 2015. 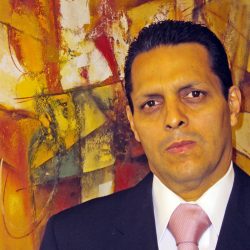 Jorge Vigil Carrera (Peru) is a lawyer and researcher with over 15 years of experience in the public and private sectors, with expertise in legal, risk management, investigations, fraud prevention, compliance, and internal control.
He has been a member of the Office of Internal Affairs in the Ministry of the Interior and later Director of the Special Action Unit, Inspector General and Advisor to the General Inspectorate of the Ministry of Interior. In the private sector he provides legal advice to companies in fields including electronics, telecommunications, and foreign trade.
He has obtained a certification in Risk Management and Compliance, majoring in ethics, transparency, anti-corruption, governance, and political management.
He participated in the IACA Regional Summer Academy - Latin America in Buenos Aires in November 2015.