Criminology and Corruption, Prevention and Punishment

Since you started your career as an educator in the field of criminology and corruption, what are the challenges of education in these fields? How has your audience changed over the years as developments have taken place in the anti-corruption field?

With regards to the audience, I have always taught both practitioners and students. I think there is more awareness among the practitioner audiences when I teach on corruption. I have taught undergraduate, graduate, and PhD students who in many cases are totally new to corruption. I engage with practitioners such as people in government and everyone at IACA, and these are people who know about corruption and how to deal with it, and they want to improve their skills and knowledge.

I like working with very senior audiences like heads of government departments, because I have been one myself and therefore I can communicate to them from the point of view of a peer. But most of all, I like talking with very junior people who have their whole career ahead of them. I can help shape their ideas, give them concepts and thoughts to take forward, and give them some conceptual tools to work with as they deal with the complex issues they will face in the future.

What do you see as the upcoming hot topics in the field of corruption in relation to criminology?

The most significant topic is understanding the balance between prevention of corruption and punishment of corrupt acts. Criminologists will look at both prevention and punishment, but one of the most interesting things about criminology, a field that I have worked in for a long time, is that very often policy-makers have no regard for the evidence that is being presented, and so this is a real challenge both in research and communication. In rich countries, politicians want to play up the fear of crime and talk about how much crime there is. When you give them evidence that crime may be declining or different types of crime exist, they are not interested in it. In poor countries, on the other hand evidence of crime and corruption is strong, but for a variety of reasons, action is often weak. One of the hot topics is being able to balance prevention and punishment.

Another hot topic is measuring and starting to document and classify the harms that are done. This takes us into mechanisms of compliance, what are the compliance arrangements that are important?

Another very important topic which applies globally but particularly in poorer countries, is the capacity of the legal system to deal with the corruption that has been identified.

Not all corruption is identified, which is why preventive work is also very important.

The hot topics in prevention as I see them are:

These have been part of my research agenda for a long time.

Working in a rich country is very different to working in a poor country. Corruption was absolutely not on the radar when I worked in the government. Nobody ever talked about it; nobody thought about it, there were no mechanisms. We assumed it would not happen. However, what did happen was that there was fraud. There were many cases of fraud – people who stole money or manipulated the system. In recent years I have been doing a lot of research in rich countries and what we see is that most corruption in the public sector is either fraud or it’s some form of nepotism. There is virtually no bribery. So rich country corruption is about the criminal activity of stealing money and manipulating contracts, or it is about hiring friends or family or cronies as public servants. When we deal with politicians in rich countries, there is a lot of scrutiny, but there are always grey areas about ways they are making deals which may be corrupted or may be the way business is done in politics. If we go back to my time in government in Australia, since I worked there, every state has established an anti-corruption agency and in many cases they have discovered things that should not have been done. There have been scandals in the way some contracts were made, and fraudulent activities, and unethical behaviour. Very rarely have they come up with systemic bribery, but the anti-corruption agencies are a very important part of the integrity apparatus.

In Adam Graycar (2016) corruption and Public value, Public integrity, you mentioned that the perception of corruption in “rich” and “poor” countries is different given the different contexts and challenges that each country faces. in this regard, is culture an influential factor that determines these differing perceptions; and if yes, how? does this perception also differ within low corruption environments – as you mentioned in a recent podcast Preventing misconduct in low corruption environments (ibac, 17 october 2017)?

Poor people suffer much more than rich people when corruption occurs within their system. Nobody is in favour of corruption apart from the small number of people who might benefit. While there is no national culture that supports corruption, we do find in both rich and poor countries organizations that may have a culture of corruption. Some places or organizations are more corrupt than other places or organizations. For example one police station might be more corrupt than other police stations, but this is not to say there is necessarily a culture of corruption among police. If we go back to the really big question, that is: what policies do you put in place? As one of my colleagues, Daniel Kaufmann, once put it: “you don’t fight corruption by fighting corruption.” It is very significant that the least corrupt countries are the countries who gave the vote to women 100 years ago. The least corrupt countries are the countries that have had universal public education for a long time. It is not a simple answer, to suddenly turn around and say “well because one country has only had universal education for twenty years or has only given women a vote very recently, they have to wait another 80 years before they can do anything.” There are other factors which are much more important than culture, because they develop cultures and define values for how the public behaves. And so it is not simply a question of putting policies into place, but of making sure that the benefits a society gives to its citizens are provided universally. For example, in a society where you can buy justice, buy access to education, and access to healthcare, prevention is necessary to reduce corruption. This is because access to justice or healthcare or education should not be able to be bought by those who are in a position to do so. It is not the culture, but the values of how services are distributed. Many poor countries want to emulate northern European countries and very often they are not at the same level of development. Other factors like free voting, good electoral practices, good universal education, human rights, and equality of opportunity constitute the first line of defense in preventing corruption. Prevention of corruption is bigger than just passing laws against corruption. Things like enhancing human rights, making sure voting systems and political systems are fair, and universal access to education, are not in themselves anti-corruption measures, but these are things that do reduce corruption in the long-term. The collective action approach is very important, but that does not help if today you have a police force that is taking bribes and arresting people inappropriately. Then you can bring in a set of punitive measures, and start to talk about intervening in the organization. I recently wrote a research paper looking at the sort of interventions that might work in areas like financial management and human resource management to be able to tackle the corruption that might exist. 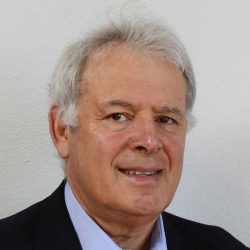 Adam Graycar has been a Professor in the School of Social and Policy Studies at Flinders University Adelaide, Australia, since 2015. Prior to that, he was Professor of Public Policy at the Australian National University (ANU) and Director of the Transnational Research Institute on Corruption. Over 22 years, he has acquired extensive policy experience through senior-level posts in both federal and state government. His most recent government position was Head, Cabinet Office, Government of South Australia. Before joining ANU, he was Dean of the School of Criminal Justice at Rutgers, State University of New Jersey. He is a frequent visiting faculty member at IACA.