You are a long-standing IACA “associate”, how would you evaluate the progress made by IACA since its establishment?

IACA’s programmes are exceptional and outstanding. In a very short time the Academy has established a variety of programmes including at master’s level. It has demonstrated how the institution can so rapidly respond to the world’s major issues, which cannot wait to be tackled. People who have been attending our programmes have been able to go back and be better informed, and to have the tools and know where to get the tools to fight against crime. But, perhaps, even of greater importance is the fact that our programmes create a new relationship between people from countries around the world who need to work together, whether it is the judiciary, prosecutors, tax officers, or police. Our programmes have multiplier effects which are not limited to what the participants experienced in Laxenburg but also what happens when people return to their countries and to their positions.

Being a member of an array of internally established group of experts, organs and committees specialized in anti-corruption from different perspective and topics, why is transnational governance important in tackling corruption?

Well, corruption is transnational in so many ways. Whether we are dealing with bribery to access services or illicit financial flows which are devastating our world because they contribute to poverty by robbing treasuries. It feeds illicit trading on arms, drugs, people and much more. And, of course, when we talk of people, we mean not just adults but also children who are trafficked. Corruption is a destabilizing factor in countries around the world, developed, developing and emerging countries. So corruption is also contributing to the destabilization of our countries, to conflicts, and to crime within our communities. Cooperation between countries and between institutions fosters international cooperation and both national and international systems are needed to prevent and tackle corruption and this is where we have to play a special role. A few weeks ago at the United Nations, the Secretary General indicated that according to the World Economic Forum that pervasive corruption costs 2.6 trillion USD, in addition the World Bank estimates that businesses and individuals pay at least 1 trillion USD per year. Bribery in procurement and construction such as building bridges, roads, schools or airports; not only increases the cost of building such infrastructure, but endangers its quality and safety. The cost of the services increases and the quality is affected; this is when you get bridges or buildings that collapse. So this is a major issue.

During the Trinidad and Tobago Transparency Institute (TTTI) Conference in September 2017 you made reference to the link between limited access to education on one hand, and corruption on the other, could you further comment on how diminishing corruption would better facilitate access to education? (Source: https://www.youtube.com/watch?v=P_HaKk8R0wA)

With an adequate level of accessible health and education in a country, the economy will work better and life expectancy will improve. When young people, especially young men between the age of 14 and 25, do not have access to education and unemployment, what will they be doing? The danger is that they can become easy prey for criminal groups offering them money to survive.

There are many reasons why diminishing corruption would facilitate better access to education:

Coming back to my first point, when I was President of the Canadian International Development Agency, we were working around the world extensively and we were worried that in Africa, for example, girls were generally quitting school at 10 years old and therefore had barely learned to write or count. We thought that this was because parents wanted them at home to help them with agriculture, and household chores. We were wrong, we discovered that the reason why they did not send their young girls to school was because they reached puberty around that age and parents were worried that they would be raped or would get pregnant while walking to school. So, what parents needed and wanted, was to have schools closer to the community. If we had not listened to the parents, we would not have been able to understand why these girls were taken out of schools so young.

When we are dealing with reducing corruption to facilitate better access to education, I think it is essential to include parents from each community in order to support the introduction of solutions which will work.

Our work at the Academy has been tremendously important to deal with national and transnational governance.

Access to education in this field is key, not only to prevent, but also to inspire professionals already working in the field to create new tools in the fight against corruption. Would you say that there has been an increase in anti-corruption awareness due to the increase of access to anti-corruption education?

There is no question that awareness and public debates about corruption have increased since the early 90s. Awareness existed before but it has exponentially increased. The devastating impact of corruption is becoming more and more talked about and demonstrated and is getting more media attention. Corruption is not an abstract idea, it is real and it touches the lives of people around the world. Raising awareness is vital in order to ensure that government institutions incorporate the means to prevent, identify and tackle corruption.

Another reason why awareness is important as that private sector leaders are increasingly building the kind of anti-corruption and compliance measures in order to act as socially responsible organizations. This has happened because there are new legislations around the world such as the European Union that have established strong measures to identify and deal with bribery. It is costly for businesses not to introduce such measures because they do not only have to pay substantial fines and hire lawyers and auditors but also their reputation is at risk Once lost, reputation cannot be regained quickly and easily.

Fourthly, it is important to help citizens realize that they must play an important role in preventing corruption. They cannot be just witnesses and they need to understand that they can do something about it if they work together with the local government in anti-crime groups in their communities.

One extra point is that since the 90s a number of institutions have been established and I think that without awareness we would not have those. Let’s start with the Academy which plays a vital role in preventing and tackling corruption. There are others organizations, like the think tank Global Financial Integrity that measures illicit financial flows and develops means to help countries to deal with this loss of money that happens due to corruption, as well as Transparency International and many other organizations which have been established since then. The establishment of these organizations ensures that anti-corruption awareness is not only sustained but has increased. 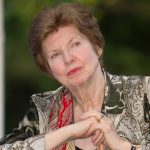 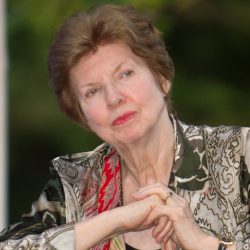