The anti-corruption community is incredibly diverse. Unlike many other disciplines, the holistic study of anti-corruption involves individuals from varying walks of life: economists, lawyers, sociologists, psychologists, entrepreneurs, bankers (including the “central” and “commercial” varieties), NGO activists, diplomats, government officials, prosecutors, investigators, and others.

This remarkable diversity was on full show at the second IACA Alumni Reunion on 9 and 10 July. The heart and soul of the international anti-corruption community was represented by luminaries such as Luis Moreno Ocampo and Mary C. Gentile, who provided lectures, and by panellists such as Matthew Stephenson and Martin Kreutner, among others.

The well-planned event began with an illuminating roundtable discussion in the middle of the Laxenburg forest against the fairytale backdrop of the Laxenburg Castle, as a distinguished set of panellists presented their experiences in the prosecution of grand corruption. As the rain tumbled down at the tail-end of the event, the alumni were given much to think about, notably the high-flying ideals versus the harsh realities of prosecuting grand corruption, all while huddling close together for shelter in the storied hallways of the castle.

The next day was no less enlightening for the alumni. Luis Moreno Ocampo’s lecture invoked the legacies of Robert H. Jackson and Benjamin B. Ferencz, prosecutors at the 1945 Nuremberg trials, in turn evoking memories of Ocampo’s own experiences prosecuting the military junta in Argentina. Ocampo weaved a compelling analysis of the role of national courts in bringing justice for human rights violations and the valuable lessons these histories have to offer in the fight against grand corruption.

Mary C. Gentile’s lecture introducing her “Giving Voice to Values” programme also harked back to the end of the Second World War, partly inspired by research completed on WWII rescuers, aiming to understand why such individuals acted the way they did. Gentile’s robust framework focused on empowering individuals to act at their best by linking the acknowledgement of a person’s reality of context with understanding, and applying that individual’s core values. Both lectures integrated our shared histories into our present, teaching us that the integration of past lessons and research is vital for a brighter future for fighting grand corruption effectively.

The lectures were followed by an elegant garden graduation ceremony for four more graduates of the 2012 – 2014 Master in Anti-Corruption Studies (MACS) class, including an eloquent speech by Baba Borkai from Liberia. The Alumni Reunion closed with an incredibly fun night of dancing at the Gallo Rosso restaurant, where I was pleasantly surprised that our alumni group’s academic expertise was well-matched by their footwork. As I surveyed the crowd at the Gallo Rosso before reluctantly heading home at an uncivilized hour, I was struck by the camaraderie of the various alumni, professors, and administrative staff at IACA, and felt extremely grateful to have had this fantastic opportunity to be surrounded by such a diverse group of awe-inspiring individuals over the two-day event.

Ultimately, it really impressed upon me the truth that IACA very much represents a crucible within which the shared experiences of our network of alumni, professors, and other professionals have an opportunity to coalesce, produce knowledge, form ideas, and effectively generate better resources to fight corruption. 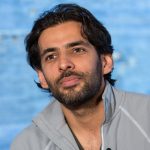 Arjun Ahluwalia (India) is the founder of Argentum Advisors. He is an experienced corporate and finance attorney and specialized in complex transactions at leading firms in New York, London, and Paris. He has worked on cross-border mergers and acquisitions, venture capital, capital markets, project finance and development, and transactional due diligence across North America, Europe, and the Middle East. Arjun has represented sovereign clients such as the governments of Qatar and Oman, corporate technology clients such as Yahoo! and Beam Wallet, investment banks, private equity firms, and others. He is a graduate of IACA’s Master in Anti-Corruption Studies (MACS) 2012 – 2014. 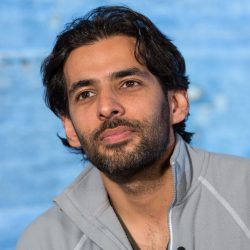 Arjun Ahluwalia (India) is the founder of Argentum Advisors. He is an experienced corporate and finance attorney and specialized in complex transactions at leading firms in New York, London, and Paris. He has worked on cross-border mergers and acquisitions, venture capital, capital markets, project finance and development, and transactional due diligence across North America, Europe, and the Middle East. Arjun has represented sovereign clients such as the governments of Qatar and Oman, corporate technology clients such as Yahoo! and Beam Wallet, investment banks, private equity firms, and others. He is a graduate of IACA’s Master in Anti-Corruption Studies (MACS) 2012 - 2014.