For those who are not yet familiar with your work, could you explain in a few words what the GVV approach entails?

GVV is not about persuading people to be more ethical. Rather, GVV starts from the premise that most of us already want to act on our values, but that we also want to feel that we have a reasonable chance of doing so effectively and successfully. This pedagogy and curriculum are about raising those odds.

Rather than a focus on ethical analysis, the GVV curriculum focuses on ethical implementation and asks the questions: “What if I were going to act on my values? What would I say and do? How could I be most effective?” Structured opportunities are then provided for action planning and pre-scripting responses to the challenges at hand, based on the research that suggests that “rehearsal” is an effective way to influence behaviour.

What prompted you to start GVV in the first place?

I had been working in the fields of business ethics and values-driven leadership for several decades and was frustrated with the usual approaches. Business schools and corporate training focused on teaching the rules and laws as well as methods for determining whether a choice was “over the line” or not. But little time was devoted to the honest question of how to act on one’s values, once one knew what was right. The subject was addressed as if the challenge was entirely one of understanding, when in my experience it was very often a challenge of implementation.

When I began to recognize the support for the idea of “rehearsal” and practice as an effective way to impact behaviours, I set about developing GVV.

Part of the subtitle of your book reads “When You Know What’s Right”. How do we know when we are right? Does GVV help us reach truly universal principles, and how?

Research suggests that although there are, of course, cultural differences, nevertheless there appear to be a group of high-level values that are fairly universal; the philosophers call them “hyper-norms”. The good news about this idea is that it suggests that there can be a common ground of shared values to which we can appeal. However, this is a very, very short list.

So we encourage individuals to consider whether a particular values conflict rises to the level of one of these “hyper-norms” (such as integrity, fairness, or compassion) or whether it is more a matter of preference or comfort level. If the conflict does indeed rise to this level, then GVV encourages individuals to address the conflict in terms that are likely to appeal to those high-level values that are shared, as opposed to talking about it in terms that are more specific to that individual’s own experiences, comfort levels, or preferences.

It takes two to tango, and for GVV to work you also need a willing counterpart that values the process and its outcome. What incentives would companies have to open up to GVV when dealing with business and ethics?

There are a variety of incentives, including a desire to avoid various legal or regulatory risks by encouraging compliance among employees, or to qualify for various principle-based programmes (Globally Responsible Leadership Initiative, Global Compact, etc.) that raise the chance of successful business transactions across country borders. However, increasingly, companies are also recognizing that GVV is at its heart an invaluable leadership capability – that is, the ability to effectively raise challenging issues and influence one’s colleagues. In addition, there is growing concern among companies to avoid retaliatory behaviours toward those who raise values-based issues. GVV is about developing the skills and techniques to raise sensitive issues in ways that are less likely to trigger such backlash.

Finally, GVV is about empowering those individuals who already would indeed like to enact their values, and by so doing, to change the context within which others who care less about these issues are operating. The goal is to change the waters that those less ethically inclined are swimming in, thereby positively impacting the calculus they use for determining their own best interests.

What are the greatest challenges of the GVV approach?

GVV is based on a simple yet profoundly powerful idea: that is, we are more likely to engage in behaviours that we have rehearsed and refined in peer contexts and often the barrier to ethical action is more one of implementation than of understanding. That said, we have all developed many self-defeating and self-justifying rationalizations to explain our own reluctance to act on our values. Often these rationalizations set in even before we have allowed ourselves to fully recognize the values conflict we feel: I call these “pre-emptive rationalizations”. There has been a great deal of research documenting this phenomenon but GVV is about finding a way to short-circuit this often unconscious process through pre-scripting and rehearsal.

During your visit to IACA in July 2015, you met the participants from both the fifth annual Summer Academy and the second Alumni Reunion. What did you take away from the sessions with them?

I was impressed and moved by the commitment, the courage, and the energy of the participants. They were truly dedicated to improving the conditions for productive and safe employment and governance in the regions they represented. In particular, I was inspired by their genuine desire to learn about innovative and effective strategies to pursue their very challenging work. I felt humbled to work with them and hope that GVV may be useful to them.

Mary C. Gentile (United States) empowers business leaders with the skills to voice and act on their values, and align their professional path with their principles. Her awardwinning book, Giving Voice to Values, is inspired by a curriculum she launched at the Aspen Institute with Yale School of Management, now housed at Babson College, and which has been piloted in nearly 800 schools and organizations worldwide. Her curriculum for values-driven leadership has been featured in publications such as the
Financial Times, Harvard Business Review, Stanford Social Innovation Review, and McKinsey Quarterly. Mary C. Gentile was a lecturer at the IACA Summer Academy 2015 and Alumni Reunion 2015. 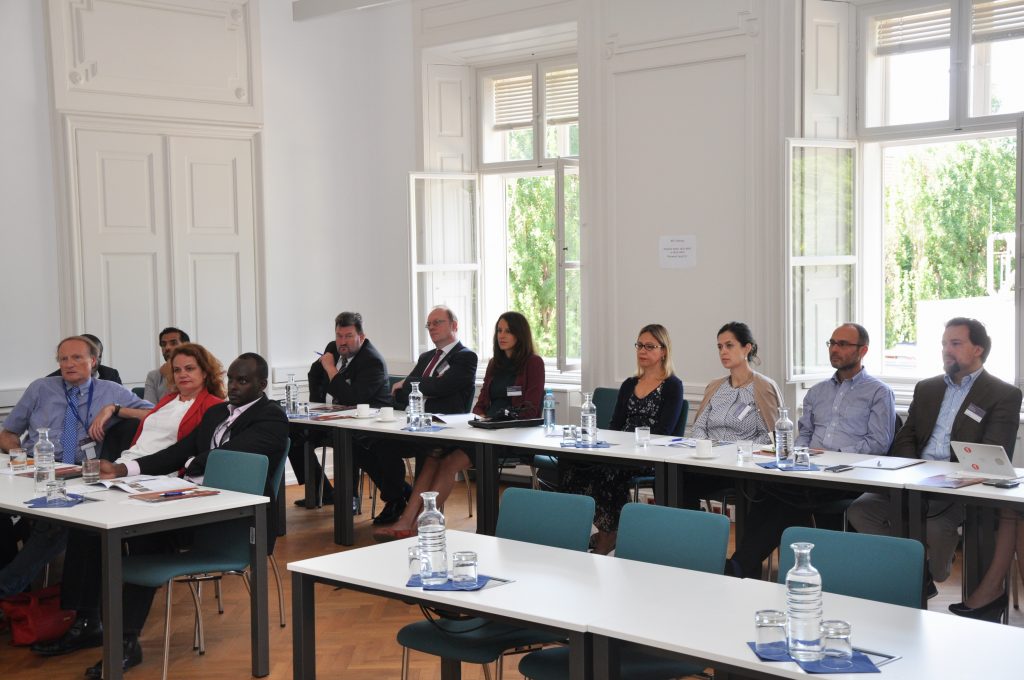 Mary C. Gentile (United States) empowers business leaders with the skills to voice and act on their values, and align their professional path with their principles. Her awardwinning book, Giving Voice to Values, is inspired by a curriculum she launched at the Aspen Institute with Yale School of Management, now housed at Babson College, and which has been piloted in nearly 800 schools and organizations worldwide. Her curriculum for values-driven leadership has been featured in publications such as the
Financial Times, Harvard Business Review, Stanford Social Innovation Review, and McKinsey Quarterly. Mary C. Gentile was a lecturer at the IACA Summer Academy 2015 and Alumni Reunion 2015.