Good morning, thank you for meeting with me. the study of corruption from a psychological perspective is relatively new, could you enlighten us on the key areas of studying corruption through the lens of this science?

Yes. I think there is an important connection between psychology and corruption. For example, a key factor is that people want to promote material gain for themselves. However, at the same time they wish to view themselves as a moral actor. In other words, the last thing that these corrupt actors want is to look in the mirror and see themselves as immoral. Thus, there is a balance between maximizing self-gain and maintaining one’s view as a moral person. Researchers in this field are very interested in this delicate dilemma, and how to resolve it. Another significant area of focus is what is known as the “slippery slope” versus “steep cliff” argument.

In the “slippery slope” theory of corrupt behaviour, small acts and small crimes lead to larger acts. This can create very taxing and stressful environments for the perpetrators as they are constantly on guard. On the other end of this spectrum are the so-called golden opportunity moments, whereby a single event is uniquely tempting in and of itself.

Another important set of factors are rooted in norms and cultures. Apart from self-justification, many people use an “implicit” guideline for their own actions, especially with situations that are new, unfamiliar, and they might think what other people do in that situation. For example, in a culture of corruption, people may consider how other people would act in a similar situation. This is supported by the moral compensation theory. People negotiate with themselves, for example. They give a donation of 100 Euros and they give themselves the freedom to be more relaxed on another issue. This example is translated to other “domains,” e.g. it is possible to take pride in helping the community, even if that same person has behaved in a corrupt manner, for example, by taking bribes.

Some anti-corruption practitioners claim that researching corruption from a psychological point of view, although extremely interesting, might not serve the purpose of reducing or preventing it. What is your take on it? do you see any room for applying psychology to the on-the-field fight against corruption?

Well, I see a lot of opportunities. One is job rotation. People are less able to develop a trusting relationship to engage in interpersonal corruption. With job rotation, people have to build a new reputation with a new person and that may reduce it. Secondly, nudges and implicit reminders can be used, and could be a service reminder of reputation. For example, it is clear that the environment in which one works is a factor. Having a darker office with only a few windows versus an office that is brightly lit and full of windows certainly plays a role in one’s decision to behave in a corrupt manner. Thirdly, the size of the group plays a role. It is important to keep the group size small. Crowds of eight or nine allow one to hide. Instead, the superior practice would be to have officials working in smaller groups, as that can increase the difficulty of concealing corrupt behaviour. Finally, it is essential that we create a workplace where whistleblowers feel safe and comfortable to speak out about corrupt acts.

When the economy is strong, there is much less incentive, from the public’s perspective, to do anything about the problem of corruption. In fact, during strong periods of growth, corrupt behaviour can actually become normalized. Plus, coordinating a response to corruption means that scarce public resources must be devoted to new bodies and new professionals.

What are your next steps in your line of work and research on (anti-) corruption?

Next, I would like to focus on more transparency as to how the regulations regarding corruption are crafted. However, I would also like the opportunity to further explore the so-called “slippery slope” and so-called “steep cliff” metaphors. Lastly, I would like to do some research into one’s physiological response to corruption. For instance, do you experience some sort of pain if you are reminded of corruption? 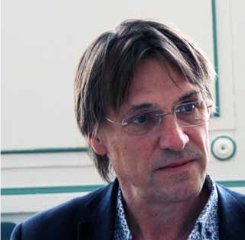 Paul van lange is Professor in Social Psychology and Head of the Section of Social Psychology at the VU University in Amsterdam, The Netherlands. He was appointed distinguished research fellow at the University of Oxford, UK, and was awarded membership of the Royal Netherlands Society of Arts and Sciences. Most of Prof. van Lange’s publications address human cooperation and social dilemmas, including generosity, forgiveness, trust, and altruism, as well as retaliation and norm violation. He adopts an interdisciplinary approach with an emphasis on psychology, evolution, and economic decision-making, and uses a variety of methodologies, including cognitive, affective, neurological, and behavioural measures. Prof. van Lange holds a PhD Degree from the University of Groningen. He has recently co-edited and published the book Corruption, Cheating and Concealment: The Roots of Dishonesty. Prof. van Lange lectured at IACA Summer Academy 2017.

This website uses cookies to improve your experience while you navigate through the website. Out of these, the cookies that are categorized as necessary are stored on your browser as they are essential for the working of basic functionalities of the website. We also use third-party cookies that help us analyze and understand how you use this website. These cookies will be stored in your browser only with your consent. You also have the option to opt-out of these cookies. But opting out of some of these cookies may affect your browsing experience.
Necessary Always Enabled
Necessary cookies are absolutely essential for the website to function properly. This category only includes cookies that ensures basic functionalities and security features of the website. These cookies do not store any personal information.
Non-necessary
Any cookies that may not be particularly necessary for the website to function and is used specifically to collect user personal data via analytics, ads, other embedded contents are termed as non-necessary cookies. It is mandatory to procure user consent prior to running these cookies on your website.
SAVE & ACCEPT
Share via
Facebook
Twitter
LinkedIn
Mix
Email
Print
Copy Link
Powered by Social Snap
Copy link
CopyCopied
Powered by Social Snap