Winning the Hearts and Minds Battle

Q. What prompted you to begin a career in anti-corruption?

A. In the early years of my legal practice I engaged mainly in corporate work, dealing largely with drafting commercial agreements, negotiating contracts, securing licences and permits for clients, and handling employment and labour issues. This exposed me first hand to petty and extortive forms of corruption that resulted in negative consequences and triggered my interest in anti-corruption issues. With the short experience I had in prosecuting for the Republic of Sierra Leone Armed Forces Court Martial, when the invitation came to join the Sierra Leone Anti-Corruption Commission (ACC) prosecuting team it was easy for me to decide.

Also, seeing children die of otherwise preventable diseases, and some levels of society not having full access to education, electricity, and clean drinking water – all due to corruption – strengthened my belief that a country with very low levels of corruption is ready for development. This supported my decision to join the fight against corruption.

Since becoming Commissioner of the Anti-Corruption Commission (ACC) in March 2016, what do you believe are the main challenges in combating corruption in Sierra Leone? Which goals have you set for your new position?

My goal for the ACC is for it to be an institution that will contribute to the ongoing transformation of Sierra Leone into a more viable state that is democratically governed, economically viable, and socially and politically stable. This vision is consistent with the National Agenda for Prosperity, which is the blueprint for the nation’s economic development. This can be achieved through the effective control of corruption, since studies have shown a correlation between corruption on the one hand and poverty, underdevelopment, and conflict on the other.

What motivated you to continue your academic career and enrol in IACA’s MACS programme? And how do you face the challenge of combining your professional career with studying?

My quest is always to develop and improve on whatever I am involved in and the fight against corruption is no exception. This is a new frontier in Sierra Leone in terms of policy creation, implementation, and prosecution. The scourge of corruption can only properly be understood, and the fight against it won, when corruption is interfaced with concepts of politics, business, poverty, and the unique prevailing social circumstances. The course content of the Master in Anti-Corruption Studies, which I am presently pursuing at IACA, encompasses all of this. It will help to develop and give me the necessary professional and leadership skills to further the fight against corruption in Sierra Leone. It will enhance my intellectual capacity to contribute to the academic discourse. At present Sierra Leone lacks capacity in higher education institutions that specialize in anti-corruption studies; universities have no course content in which anti-corruption is offered as a degree or certificate. The work I do is demanding and continuing the MACS programme will obviously pose its own challenges, but it is very relevant to my job and I have balanced the two by adapting my private and social life.

In a recent interview you said that “Fighting corruption is not all about prosecution. I would rather prevent it, which is cost effective”. You have also said you would like to strengthen the public education efforts of the Commission to discourage corruption, since this limits costs and saves time and effort. Do you believe that with this long-term approach of anti-corruption education Sierra Leone will face fewer corruption problems in the future?

My approach will be to target both grand and petty corruption in equal measure, a “Tigers and Flies” approach. Given that the National Corruption Perception Surveys of 2010 and 2013 mapped out corruption trends in Sierra Leone and narrowed down the pervasive incidence of corruption in the country to petty corruption, I will be directing the Commission’s energy in giving equal attention to fighting it. Petty corruption is debilitating in terms of its cumulative effect on the daily lives of Sierra Leoneans as it affects public service delivery and is also a “reputational risk” for the country.

Preventive public education, system, and process reviews are, in my opinion, effective tools in targeting petty corruption and will pay off in the long term. Sustained radio and television jingles and short stories on corruption, Integrity Management Committees embedded in Ministries Departments Agencies (MDAs) is key. Integrity pacts with MDAs as well as private sector providers of services to MDAs not to ask for bribes nor to offer or give bribes are essential. Furthermore, integrity clubs in schools and other institutions of learning, while embedding anti-corruption subjects in the school curriculum, and spread the successes of the Commission are needed for long-term success.

How do you benefit from the MACS Programme at IACA?

The MACS programme I am pursuing at IACA has made my transition from Chief Prosecutor to Commissioner of the ACC seamless. The course content has been beneficial to me intellectually and also institutionally. I have been able to translate what I have learned at IACA into workable policies and guided my leadership decision-making in the course of my work. 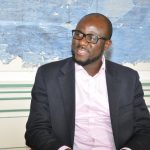 Ady Macauley (Sierra Leone) is the Commissioner of the Anti-Corruption Commission (ACC) of Sierra Leone. He previously served as a prosecutor and later the Institution’s Chief of Prosecutions (2011- 2016). Before 2011, Ady worked as Prosecuting/Defense Counsel at the Republic of Sierra Leone Armed Forces Court Martial and practiced law, mainly in the corporate sphere.

Ady holds a Bachelor’s of Law (LL.B. Hons.) degree from the University of London. He obtained a Post Graduate Diploma in Legal Education from the Inns of Court School of Law, City University, London. He was called to the Bar of England and Wales at the Honourable Society of the Inner Temple and also to the Bar of Sierra Leone. Ady is currently a student in IACA’s 2015 – 2017 Master in Anti-Corruption Studies programme. 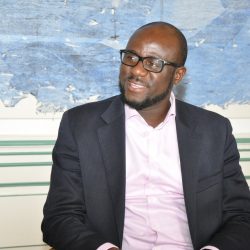 Ady Macauley (Sierra Leone) is the Commissioner of the Anti-Corruption Commission (ACC) of Sierra Leone. He previously served as a prosecutor and later the Institution’s Chief of Prosecutions (2011- 2016). Before 2011, Ady worked as Prosecuting/Defense Counsel at the Republic of Sierra Leone Armed Forces Court Martial and practiced law, mainly in the corporate sphere.

Ady holds a Bachelor’s of Law (LL.B. Hons.) degree from the University of London. He obtained a Post Graduate Diploma in Legal Education from the Inns of Court School of Law, City University, London. He was called to the Bar of England and Wales at the Honourable Society of the Inner Temple and also to the Bar of Sierra Leone. Ady is currently a student in IACA’s 2015 - 2017 Master in Anti-Corruption Studies programme.