Powerful Ideas in the Fight Against Corruption

The Inspections from Public Lotteries Programme in Brazil

The idea of this paper is to discuss the Inspections from Public Lotteries Programme – developed by the Brazilian anti-corruption agency – as a powerful idea in the fight against corruption. The author has summarized and explained this very successful oversight programme and its reports. She uses her PhD dissertation as an example of how these reports can be useful in academic research, from a methodological longitudinal perspective. In the end, she shows the recent improvements that this programme has experienced and discusses the implications for other countries willing to execute such a mechanism.

In recent years, despite the fact that the Brazilian government has improved the control mechanisms to prevent corruption, Brazil continues to experience corruption scandals. This phenomenon is one of the most recurrent topics in Brazilian political life, even after the redemocratization process.

Recent research shows that corruption in Brazil can cost between 1.35 % and 5 % of the nation’s GDP, which means something around tens of billions of dollars (FIESP, 2006).[i] Considering international indexes, Brazil is not the most corrupt country but still faces high levels of bribery payments. According to the Corruption Perceptions Index (CPI), out of 175 countries Brazil ranks 69th. In the Americas it ranks 18th out of 32 countries. Interestingly enough, those international rankings based on the perception of experts are more optimistic than Brazilian citizens. The Global Corruption Barometer, for example, points out that among all the nationalities represented, Brazilians were the ones with the greatest overall concern with corruption.

THE CREATION OF THE CGU

The creation of the CGU (Controladoria Geral da União, or Comptroller General of Brazil) in 2001 was an attempt to develop efficient institutions to tackle corruption. As the Brazilian national anti-corruption agency, its responsibilities include providing advice directly and immediately to the President on matters of preventing and combating corruption, increasing transparency in the management of public resources, protection of public properties, internal control, and audit. During the last decade, it was strengthened and gained more coverage in the media.

Internationally, the CGU represents the Brazilian government in the most relevant forums about corruption control, transparency, and governance. It is often seen as an efficient agency with professional staff and has been able to properly carry out impartial inspections. Its staff members are hired through competitive public contests and receive reasonably good salaries.

The Office of the Comptroller General (“Comptroller”) has constitutional authority to oversee federal resources, regardless whether they are managed by private entities, states, or municipal governments. Given this authority, it launched the programme called “Inspections from Public Lotteries” in 2003. The Lottery programme randomly inspects federal funds transferred to local governments in Brazil. The reason behind it is the huge amount of federal resources transferred to Brazilian municipalities: on average, they receive 35 billion USD a year from the federal government. For the local governments, the logic is that “the one who transfers is responsible for inspecting” which means that, in the case of federal funds, the federal government is responsible for oversight.

How does the Lottery programme work? After each draw, the Comptroller sends approximately 10 auditors to 60 randomly selected municipalities across the 26 Brazilian states. They examine the allocation of federally transferred funds, inspect the quality and completion of public construction works, and conduct interviews with key members of the local civil society. The auditors search for irregularities involving federal resources that were sent up to two years before the inspection. Each inspection usually lasts seven days and results in a detailed audit report documenting any irregularity associated with either the federal transfers or federally funded social programmes.

THE POWERFUL FEATURES OF THE LOTTERY PROGRAMME

On one side, the random selection was a way to deal with the few economic and human resources available to inspect the entire country. On the other side, it helps the institution to give a proper answer to its political mandate – it cannot be accused of choosing the local governments based on political calculations. Besides that, the randomness always puts the local governments under attention and scrutiny, since any one of them could be the next to be selected and inspected.

Moreover, randomness as the selection criterion – one of the statistical golden rules for reliable results – was especially attractive for researchers studying corruption. They cannot count on the media to uncover corruption schemes because the media usually does not choose their cases randomly. The impartial findings of the Lottery programme are able to give to both the broad public and to scholars general insights into how corruption affects the Brazilian society, economy, and political life, and how it sustains itself over time.

The CGU’s unprecedented gathering of invaluable information is also relevant to help government ministries to understand and improve the implementation of public policies at the local level, especially in education, health, social assistance, and infrastructure projects.

Furthermore, the Lottery programme finds corruption patterns around the country that otherwise would be difficult to catch. The audits have helped investigations by other institutions, such as the ones conducted by the Federal Police (PF) and the Public Prosecutor’s Office (MPF). By working together from the CGU’s findings, these three institutions have revealed a major scheme of corruption, in what became nationally known as the Ambulance Scandal (or Scandal of the Bloodsuckers). The scheme to divert federal resources aimed at buying ambulances pointed to the involvement of more than 300 mayors, 69 federal deputies, and three senators, reaching 19 of Brazil’s 26 states. In this regard, the Lottery programme proved itself as an effective tool for picking up hard-to-detect corruption cases spread around the country.

THE LOTTERY PROGRAMME AS A TEST

Since the CGU sends its reports to the entire range of federal institutions responsible for carrying out investigations, judgements, and (potential) sanctions, it is expected that the other control institutions will not ignore these reports, especially when there is evidence of corruption. In this regard, the Lottery programme fits as a descriptive test for the interactions among accountability institutions.

Based on the research I conducted during my PhD, the above-mentioned interactions do occur. Especially among the CGU, the Federal Police, and the Ministerio Público, the interactions are growing. Together they have productively found and investigated several corruption schemes. On the other side, there is still room to improve the CGU’s interactions with the Federal Court of Accounts (TCU), since they do not match their efforts in the fight against corruption as the former practically ignores the CGU´s audit reports when it comes to the Lottery programme.

So far, after 40 draws the Comptroller has inspected 2,144 municipalities (which correspond to 38 % of Brazilian municipalities). The Lottery programme has led to numerous investigations, to local mayors and public administrators being fined, impeached, or dismissed, and to joint investigations with other accountability institutions. Even if the CGU itself cannot enforce the proper sanctions, it has worked together with the institutions that are able to make such a move. It has played a crucial role in the Brazilian control system of being a reliable source of information about the correct use of federal resources.

Recently, the CGU created another programme for inspecting local governments and it seems that it could replace the Lottery programme in the longer run. It still promotes the Lottery inspections – now usually one per year – but has started another kind of methodology. The CGU started to select the municipalities based on a “vulnerability matrix”. Instead of randomly selecting 60 municipalities in each draw, it started to select them based on which ones are more vulnerable to corruption or mismanagement. First, the CGU separates the entire range of Brazilian municipalities into sectors. It then chooses which sector will oversee and apply to the municipalities of that sector the vulnerability matrix. This matrix is a collection of information regarding twelve indicators, divided into four vulnerable dimensions (Control, Transparency, Socio-Economic, and Materiality). In each indicator the municipality can score from 1 (low) to 4 (very high). The higher the score, the more vulnerable the municipality is, which means that it would need more attention from the accountability institutions. After this data collection, the CGU oversees the most vulnerable municipalities.

This new programme is based on the idea that, given scarce resources, the institution has to find a way to focus its efforts so that they reach the most needed areas. The final reports, in the same way that the Lottery´s reports do, show the entire range of irregularities found, separating the ones which deserve attention from other accountability institutions (especially the Public Prosecution, the Federal Police and the Court of Accounts), and the ones which demand action from the local government.

In the last decade, the Comptroller has been fighting corruption in an unprecedented way, paying special attention to local governments, something crucial in a federal country. It has created the Lottery programme and now makes an effort to concentrate its efforts even more in the most vulnerable municipalities. This method of random selection facilitates the efficient use of resources and the vulnerability matrix allows for focusing the audits in places with more chances of wrongdoing. In any case, the programme must be defended and promoted as a powerful and successful mechanism, which can serve as an inspiration to curb corruption in other parts of the world.

[i] From a comparative perspective, Brazilian corruption would amount to the entire GDP of a country like Panama (1.5 % of Brazilian GDP).

[ii] This article was written before the CGU body was dissolved. The future composition of the new body is currently unclear.

[iii] The reports are publicly available at www.cgu.gov.br 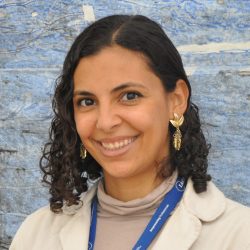 Ana Luiza Aranha (Brazil) holds a PhD in Political Science from the Federal University of Minas Gerais (UFMG, Brazil). She is currently a research intern at IACA’s Compliance and Collective Action Team in Laxenburg. Prior to that, she worked as a visiting scholar at the Centre for the Study of Democratic Institutions (University of British Columbia, Canada) and as a research assistant for the Centre of Reference for the Public Interest (Brazil). Her research interests also include topics such as democracy, local government, human rights, and gender studies.